We all got our big break somewhere.

Long before the founding of Bell Public Relations, mine came via a phone call from a guy named Randy.

I had left the world of journalism, tired of early mornings and subpar earnings, but had yet to bridge over into the world of PR. I’d applied for some jobs and was earning money as a sales broker in the interim. I’m a people person, so I figured sales would suit me fine if PR wasn’t in the cards but truth be told, I wasn’t happy. That’s when Saint Randy called.

I don’t use the term lightly. His call was the beginning of seeing the light of my true career calling. Randy only wanted to know two things:

We had a great conversation, which led to an interview, which eventually led to a job offer. As it turned out, Randy also had a background in journalism and as a PR Vice President, had found success hiring those with a reporter background. Lucky for me, I’d done more than my share of reporting the news.

If Randy’s contributions to my career had stopped there, I might just refer to him as “Blessed Randy” or “Venerable Randy” but he did much more for me than just give me a start in public relations. Randy was a mentor in every sense of the word. He taught me the craft, the work ethic that goes with it and was never too busy to offer advice or share his wisdom. As foundations go, Randy helped me build a great one.

As I said, we all get our big break somewhere.

As is often the case, Randy and I eventually ended up at different places, continuing to grow our careers. We stayed in touch, however, and he was one of the first people who reached out with kind words of support when I founded my business.

It’s good to know if I ever need advice or a word of encouragement, Saint Randy would be there at a moment’s notice.

We should never forget those who helped us get where we are – teachers, friends, spouses, family members and mentors. I’m proud to count Randy among those foundation builders in my own life.

View all posts by bellpr 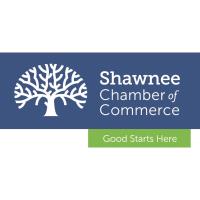